Last week, Apple released an update for its software for the iPhone and the iPad. There’s been a couple of interesting changes and improvements, but the most important one seems to be connected to the battery life. 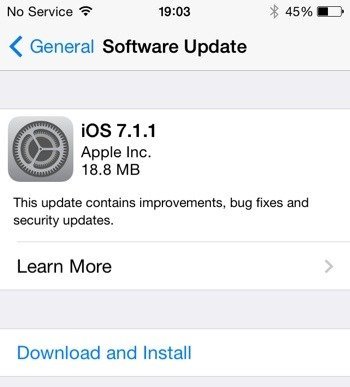 ZDNet‘s Adrian Kingsley-Hughes, who’s had an iPhone 5 since the iOS 6 update, created a detailed report indicating just how much the battery levels have increased/decreased over the years.

iOS 6 – the battery level would drop from a full charge to 74% after six hours of use.

iOS 7 – the phone’s battery would still run out of power fairly quickly, but it would come back to normal after a couple of recharges.

iOS 7.1 – the update had a completely negative impact on the battery, with the level falling to a mere 48% after six hours of use.

How is Apple’s software update treating you and your iPhone?