The Alcatel OneTouch Flash (model number: 6042D) is a new handset that was promoted to go up against Samsung’s Galaxy Note series. The Galaxy Note phones have become exceedingly popular over the years – these phablets were the first to come with a larger-than-normal display, which the masses accepted gladly. Many companies have tried to compete with the Note series, and the latest one in the line is Alcatel, with the OneTouch Flash. 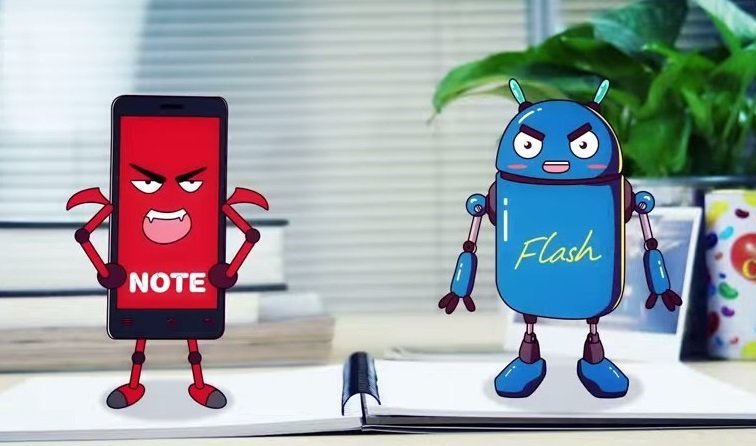 In Alcatel’s promo video, the OneTouch Flash has been personified as an Android robot that goes up against the Note 3 Neo (and not the flagship, the Note 3). The OneTouch Flash comes out as a hero in the end, beating the Note smartphone thanks to all of its great features.

As for its specs, the Alcatel OneTouch Flash will come with a 5.5in IPS display, a resolution of 1280 x 720 pixels, an octa-core 1.4GHz processor, 1GB of RAM, and 8GB of built-in storage (expandable). Other specs include a 13-megapixel rear camera and a 5-megapixel front-facing one, with features such as image stabilization, 4x digital zoom, Panorama technology, and a “smart beauty” function, that’s perfect for selfie lovers. The phone will run Android 4.4 KitKat, and comes with HotKnot, which allows for rapid transfer of all your multimedia files.

The OneTouch should be available to buy in Thailand starting September 8, followed by other markets soon after, but the pricing details are yet to be revealed.

What do you think about OneTouch Flash? Check out the promo video below! 🙂