HTC Introduced HTC One Max With a Fingerprint Reader

After many rumours, HTC finally decided it was time to confirm the existence of HTC One Max- larger version of their popular HTC One smartphone.

It looks like this trend is becoming more and more popular among leading mobile manufacturers- having your flagship model in three different sizes, at three different prizes. This smartphone also comes with another popular feature, the one introduced with the latest iPhone 5S model- a fingerprint identification sensor. This is just another way for the users to unlock their device, along with a four-digit pass-code option. In addition, HTC One Max users, depending on the finer they use, can automatically open one of their favourite applications. This option, however, doesn’t exist in the iPhone 5S. 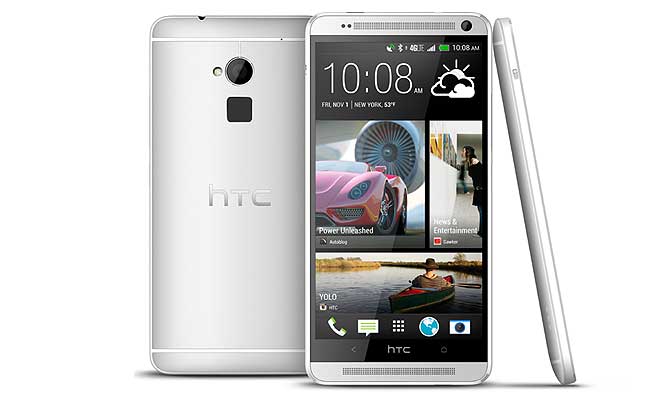 HTC One Max Is Coming Soon

Another reason for the implementation of this innovative fingerprint sensor is to make the larger device easier to operate with one hand, since, unlike other small smartphone models, the power button on the HTC One Max is moved to the side. As we have already informed you about some of the leaked One Max specifications, once again, the rumours were true. HTC One Max features a 5.9 inches screen, making it more of a phablet, if you compare the size of the HTC One (4.7 inches) and HTC One Mini screen(4.3 inches). HTC is designed to take an advantage of the larger screen and therefore with HTC One Max, the layout of selected apps is reformatted to fit more content. 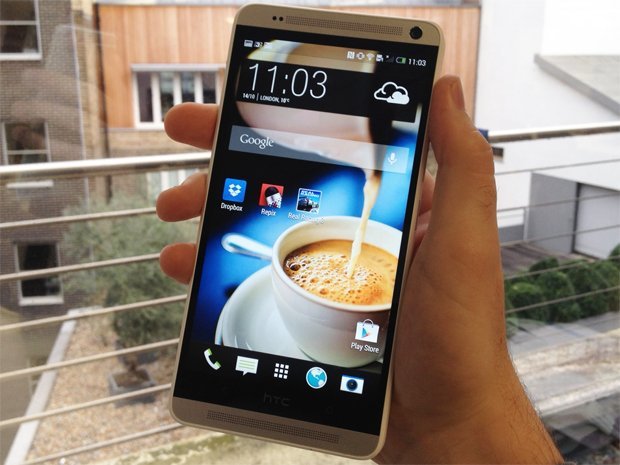 The design and hardware features remained the same as with the original HTC One model, except for the battery capacity, which is more powerful, intended for bigger device such as this one. As for the camera, HTC One Max also supports the “Ultra Pixel” technology, allowing you to take better low-light shots than the regular smartphone camera. With a 1.7 GHz quad-core Snapdragon 600 processor,  2 GB of DDR2 memory, and 32 GB of internal storage , HTC One Max retained the same performances as the original flagship model. It also comes with a HTC Sense 5.5 interface, with many new features, such as multiple adaptations of Blink Feed. In case you need to replace the battery, the engineers made sure that the back battery cover is removable.

It is expected for the new HTC One Max to arrive to Europe by the end of this week. The price has not been yet confirmed, but it should probably be similar to the one of Galaxy Note 3– about 600 pounds.