Exactly one year after Apple introduced the iPhone 5, its successors have been announced, namely iPhone 5S and 5C. It is the first time that Apple presented more than one iPhone at the same time. The iPhone 5C is a slightly cheaper version compared to the new iPhone 5S and is available in multiple colours. These colours are:  green, white, blue, pink and yellow. Thus, the letter C presumably stands for Colour. 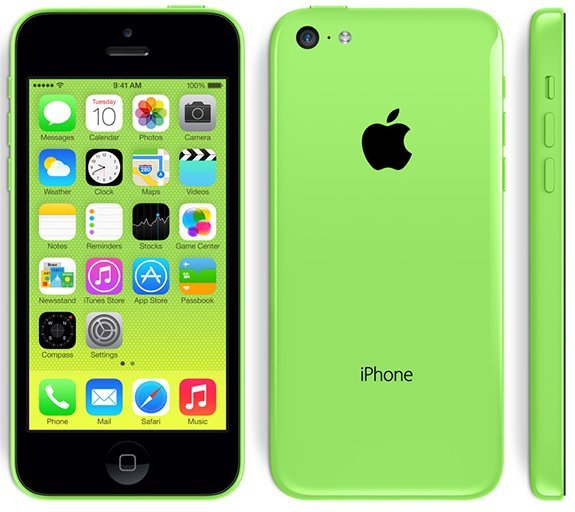 In terms of specifications, the new device shares almost the same features with the iPhone 5. The device features, just like the iPhone 5, an A6 processor, it has a 4-inch screen (resolution of 1136 by 640 pixels) and an 8-megapixel camera. The battery is slightly larger compared to the iPhone 5. Regarding the material, plastic is chosen instead of aluminium (the back side is made using one piece of plastic).

Actually, the Apple iPhone 5C differs only on some points from the iPhone 5:

Especially for this new device, Apple has introduced official cases with circular patterns (example shown below). Such case costs $ 29 and is available in many colours, which then can be combined with the colours in which the phone is available. iOS 7 will also have a number of matching backgrounds. 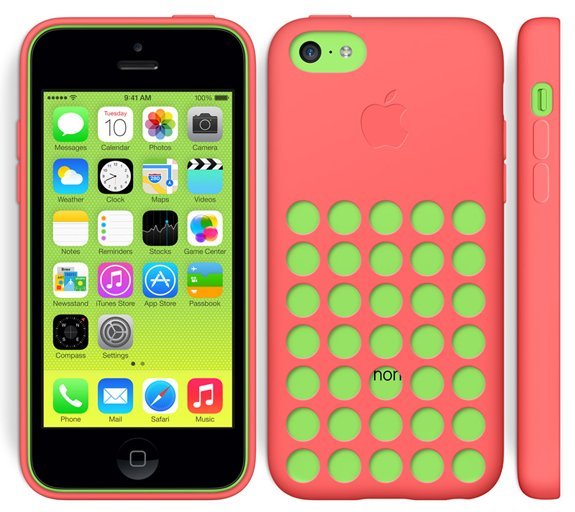 Pre-orders of iPhone 5C start this Friday (13 September) in the United States, Canada, the UK, France, Germany, Australia, China, Japan and Singapore and the phone will be in stores from September 20.

* While we wait for the first impressions on iPhone 5C, feel free to check our category iPhone 5C accessories: https://www.mytrendyphone.co.uk/shop/iphone-5c-accessories-223996s.html