Although iPhone 5S and iPhone 5C have only been out for a couple of months, rumours about iPhone 6 have already surfaced. Latest reports suggest that we can expect Apple’s newest addition somewhere in September (though Apple may change the date in the near future), a year after the launch of iPhone 5S and 5C. We’ve tried to gather up as much information as we could, and here’s what we know so far. 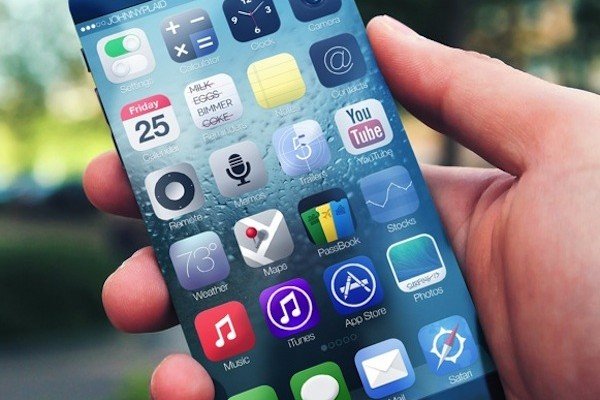 iPhone 6 could be the slimmest Apple phone to date.

If speculation is true, the next generation of iPhones will have a larger display, starting with iPhone 6. Predictions range from a 4.5in screen to a 5in one, and even go as far as to mention a larger 5.7in screen. If the latter happens, the new iPhone will most likely fall under the phablet (phone + tablet) category. Some claim that Apple will release two iPhones again (like they did with 5 S and 5 C), this time with different screen sizes, while others believe that this is highly unlikely and that Apple will probably stick to putting out just one phone. The initial rumours about the curved display have, however, been dispelled.

In terms of size, there’s been talk that this might be the slimmest iPhone yet and it raises a question whether Apple will name it iPhone Air, like they did with iPad Air. It’s rumoured that iPhone 6 will be crafted from Liquidmetal, which would make it quite a bit lighter than its predecessor, iPhone 5S.

Given that 5S sports an A7 dual-core processor, running at 1.3GHz and with 1GB RAM, we can expect iPhone 6 to contain a quad-core processor and double the RAM. Details about CPU and RAM are still hazy, though, but improvement is certainly on the way. When it comes to the software part of the story, many think that Apple will go with their yet-to-be-announced iOS 8.

We will either see an upgraded version of the 5S 8MP camera on iPhone 6 or a brand new 13MP one, and some sources confirm that Apple will include NFC and wireless charging on its next flagship phone.