All You Need to Know About the iPhone 8

The iPhone 8 raised a lot of dust and speculation even before the official release date was announced. Avid mobile enthusiasts will have a host of new features to look forward to. Let’s see what the rumours are about, for what’s expected to be Apple’s biggest launch in years.

Ten Year Anniversary Could Be Groundbreaking

A decade of doing business, and changes in the world of smartphones as well as people’s lives, surely marks an important occasion. Celebrating this household name is a way to recognise the milestone. A great many reports suggest that Apple will soon be launching three new handsets! Two of these are thought to be updated versions of the iPhone 7, while the third should sport a completely overhauled design and a name chosen to mark the ten-year anniversary of the iconic handset. Many believe that the company’s been saving some of its most innovative features for this model. 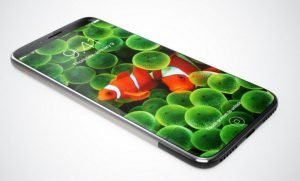 Source: trustedreviews.com. All photos belong to their rightful owner.

We’ve become used to Apple releasing its latest smartphone at the beginning of September, but they might just break the tradition this time around, and reveal new handsets on June 29, the day when the first iPhone was released in 2007. Regardless of the exact date, we still have to wait. That means it’s a good time to anticipate some of the new features we might expect. Take a look at our overview.

Rumour Has It: iPhone 8 Prototype Design and Concept

Let’s begin with an assumption, which is that the new company flagship will feature an all-glass design. This means that the device will have an enclosure made of glass, instead of an aluminium casing. We hope there won’t be any durability issues, and that their drop-tests will be thorough. To be extra safe, you’ll find all sorts of protective mobile equipment and more here. The advantages of a glass body include more options for wireless charging and better antenna reception. New leaked drawings show this phone with a curved screen that covers the entire front side of the device. All the components, such as the selfie camera, microphone and narrow earpiece will be concealed beneath the glass, according to the rendering. 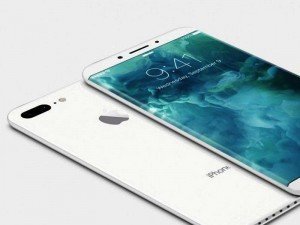 Source: macrumors.com. All photos belong to their rightful owner.

There is a rumour that at least one of the iPhone 8 prototypes will feature a curved, cutting-edge OLED display, as seen on the Galaxy S7 Edge, with practically no bezel. Others may adopt a flat implementation of the OLED design. In comparison with LED displays, the OLED displays will also bring a stronger intensity for black and white colours, better power usage and a quicker response time.

Furthermore, the word on the street is that there’s a plan to replace the physical Home button with a touch-sensitive digital button. This is likely to be one of the major changes.

In addition, some reports have it that Apple is working on an amazing technology that will overcome or reduce the loss of charging power which comes with distance. This would suggest the possibility of wirelessly charging devices even when you’re far away from the charging pad.

On top of that, there’s the prospect of iris-scanning technology that will allow users to unlock their phones simply by looking. Eye-technology of this sort may be introduced with the iPhone 8.

This phone will most likely feature an A11 chip, and run iOS11. We can expect that it will come with 32GB, 128GB or 256GB storage options.
Lastly, it surely makes sense that the iPhone 8 will retain the water-resistance of its predecessor, enabling it to withstand submersion up to 30 minutes to a depth of one meter. You wouldn’t want to take it swimming, but it can survive a dip or a drop or two.

The Great Pricing Power of Apple

Apple products are not exactly known for their low prices, given that their customer base that is not overly price sensitive, and many think of the visually appealing design as a status symbol. There is speculation that their new phone could come with £160 worth of accessory in the box. We’re talking about a free pair of AirPods, the wireless earphones that link to the device via Bluetooth. 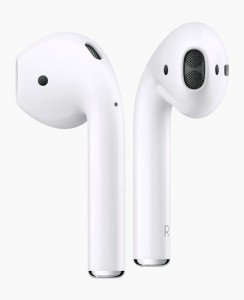 Source: apple.com. All photos belong to their rightful owner.

Please don’t take the specifications mentioned above for granted, as they are now nothing more than well-based assumptions. Do you have something to add to the list of desired or expected features? Tell us what in the comment section below!