At the MWC 2014, the Finnish company officially announced its first three Android-based smartphones: the Nokia X, the Nokia X+ and the Nokia XL. All three phones have the same chipset: a dual-core Snapdragon S4 clocked at 1GHz, but the X+ and XL feature 768MB of RAM, while the Nokia X has 512MB of RAM. 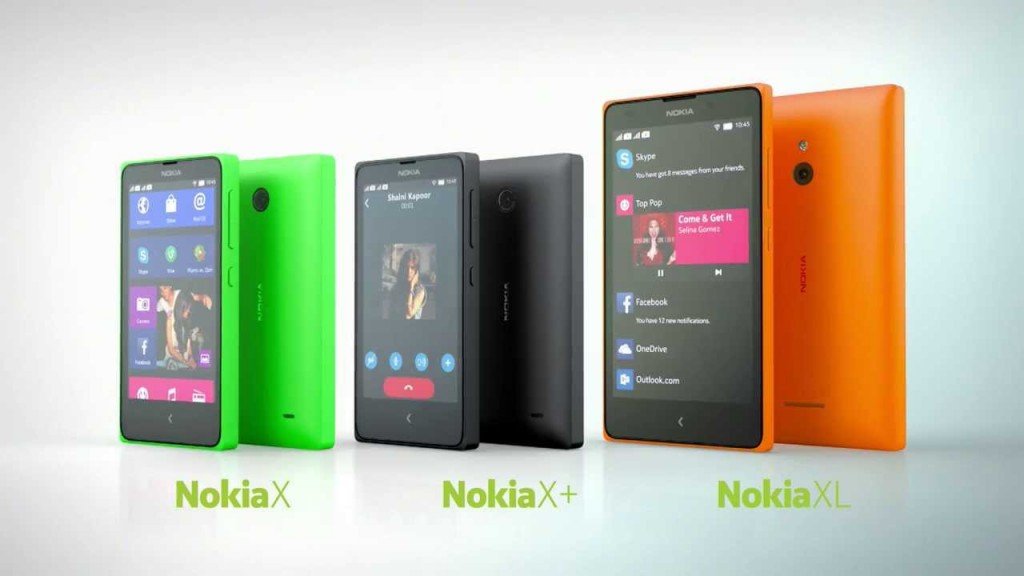 The Nokia X+ is a slightly better version of the X, with 768MB of RAM, instead of 512MB. It weighs 128.7 grams and is available in the same colours as the Nokia X. That’s where the differences between the two handsets end. The Nokia X+ is about £10 more expensive than the Nokia X, so it’s up to you to decide whether more RAM is worth it.

The Nokia XL has a 5in IPS LCD display and the same resolution as the X and the X+. It measures 141.4 x 77.7 x 10.9 mm and is a bit heftier than its siblings – 190 grams. It features a 5-megapixel rear camera that can shoot 2592 x 1944 pixel photos and a 2-megapixel front facing shooter. It also sports a larger battery – 2,000mAh. Just like the X and the X+, it has 4GB of internal storage expandable thanks to a microSD slot. The back covers are removable and come in bright green, orange, cyan, yellow, black and white. Nokia has put a lot of its Lumia apps on the XL, such as Store, Mix Radio, Camera and HERE Maps. If you purchase the Nokia XL, you will get a complimentary 4GB microSD card in the package.

All three smartphones are available in a number of bright colours.