Samsung announced the premium Samsung Galaxy Alpha last Tuesday, despite the initial rumours that the company might reveal the phone at the IFA trade show. The handset arrived with a metal frame and a faux leather back similar to that of the Galaxy S5. Here are its other specs. 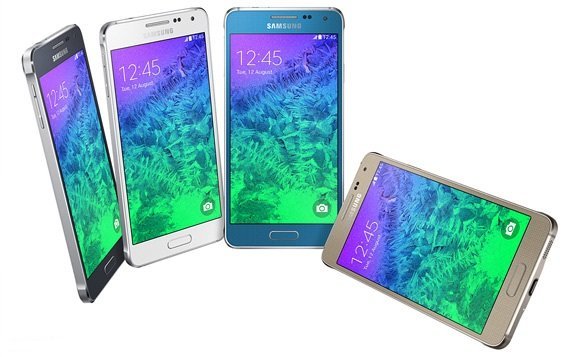 On the phone’s back is a 12-megapixel camera with autofocus and LED flash, while in the front is a 2.1-megapixel shooter. The Galaxy Alpha is powered by a Li-Ion 1,860mAh battery and is available in Charcoal Black, Sleek Silver, Dazzling White, Frosted Gold and Scuba Blue. In terms of connectivity, the Alpha offers Wi-Fi 802.11 a/b/g/n/ac (dual-band), Bluetooth 4.0, LTE-A, NFC and microUSB v2.0.

Samsung is expected to officially launch the smartphone in September in 150 countries. According to a piece of info from Russia, the Alpha might launch on September 12 at the price of RUB 25,000 (roughly £400). Bear in mind, though, that prices in Russia are always somewhat higher than in the rest of the world.