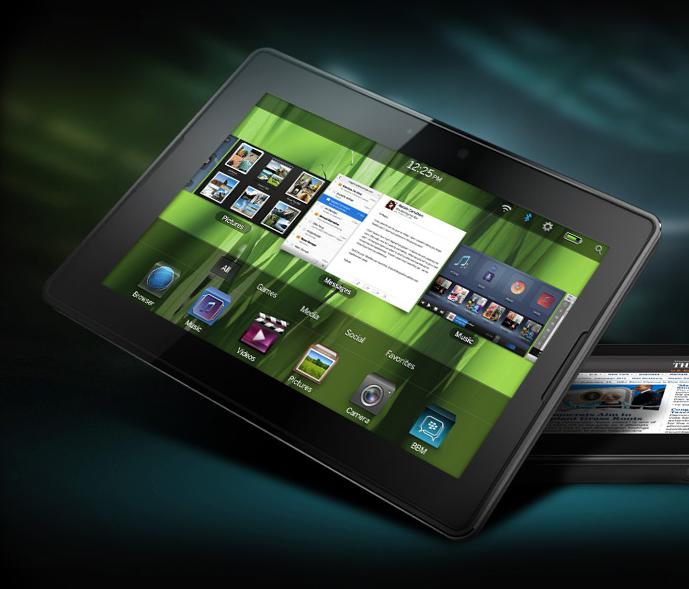 The new BlackBerry Playbook is expected to be launched in 2011. It is a tablet PC with a 7-inch screen with 1024 x 600 pixel resolution and full multi-touch, size: 130mm x 194mm x 10mm, weight: 400g. There are two cameras at the 3 and 5 megapixels at play 1080p. BlackBerry Playbook supports Adobe Flash Player 10.1. multitasking and HTML5. It uses the ARM Dual-Core Processor (1 GHz), 1GB of RAM and 1 GB of internal memory. There is also an interesting feature: you can connect your BlackBerry playbook to a BlackBerry smartphone to use this for internet access. BlackBerry Playbook also supports the playbook Java, OpenGL, POSIX, and WebWorks. It also supports Adobe AIR so you can download many interesting applications.