Fear of being without a mobile phone? Maybe you have “nomophobia”?

An American study shows how dependent we have become on our mobile phones, naming the fear of being without a phone “nomophobia”.

Do you feel insecure when your mobile phone is not within a hand’s reach? According to survey conducted by Lookout, which interviewed 2,000 Americans over 18 years on their mobile habits, this condition is quite common. The survey explores how dependent we have become on our mobile phones and findings conclude that many are plagued by a whole new disorder – nomophobia.

Nomophobia is feeling of anxiety when being without a mobile phone, and the survey claims that 73 percent of the population feel panic when they misplace their mobile phone, while 7 percent feels so anxious that they claim to be actually sick. Only 6 percent said they did not feel the pinch of nomophobia, but rather felt a relief when they were without mobile phone.

The survey also shows that more and more people are becoming dependent on their mobile phones, and they even check it in situations that require attention and focus – for example while driving (24 percent). There are even users who check their phone while they are in church (9 percent), while 54 percent check the phone in bed and 30 percent checks the phone while eating. 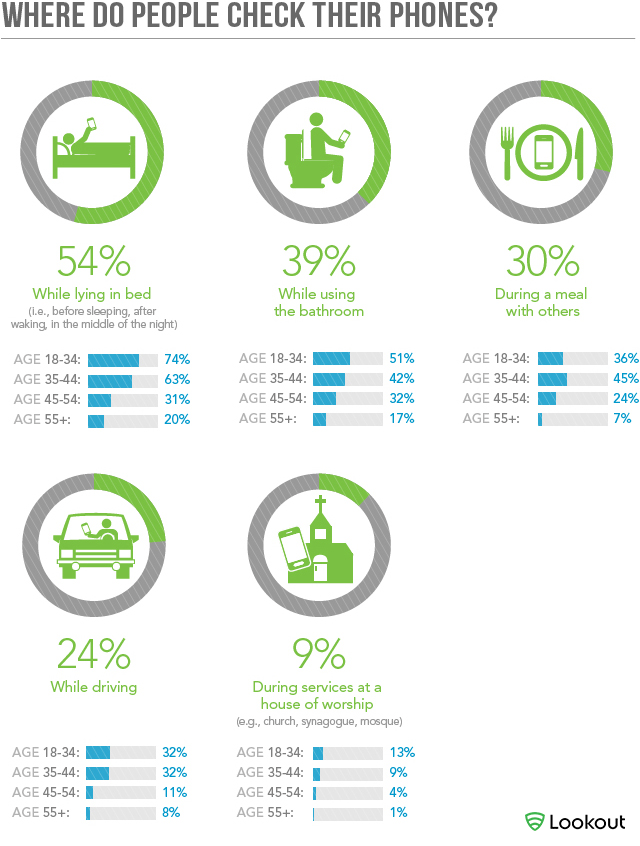 What do you think about these facts? Are you addicted to your phone and what features do you use most?