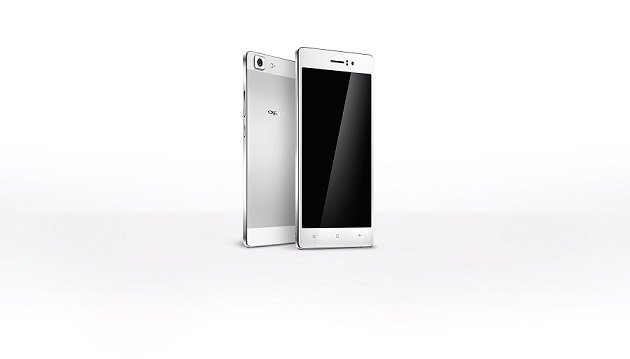 The Oppo R5’s body is made of 3D-welded aluminium alloy, and it weighs 155g. The phone comes with a 5.2” AMOLED screen, a resolution of 1920 x 1080 pixels, and a pixel density of 423ppi. Oppo promised the future R5 users the best brightness possible, the lowest reflectivity, and accurate colours. On the inside is a 64-bit octa-core Snapdragon 615 processor (four cores clocked at 1.5GHz, four at 1GHz), accompanied by 2GB of RAM, and an Adreno 405 GPU. The Oppo R5 will run Color OS 2.0, based on Android 4.4 KitKat, and what’s interesting is that Oppo has created a cooling element (liquid-metal + phase-change materials) that should take some heat away from the chipset. 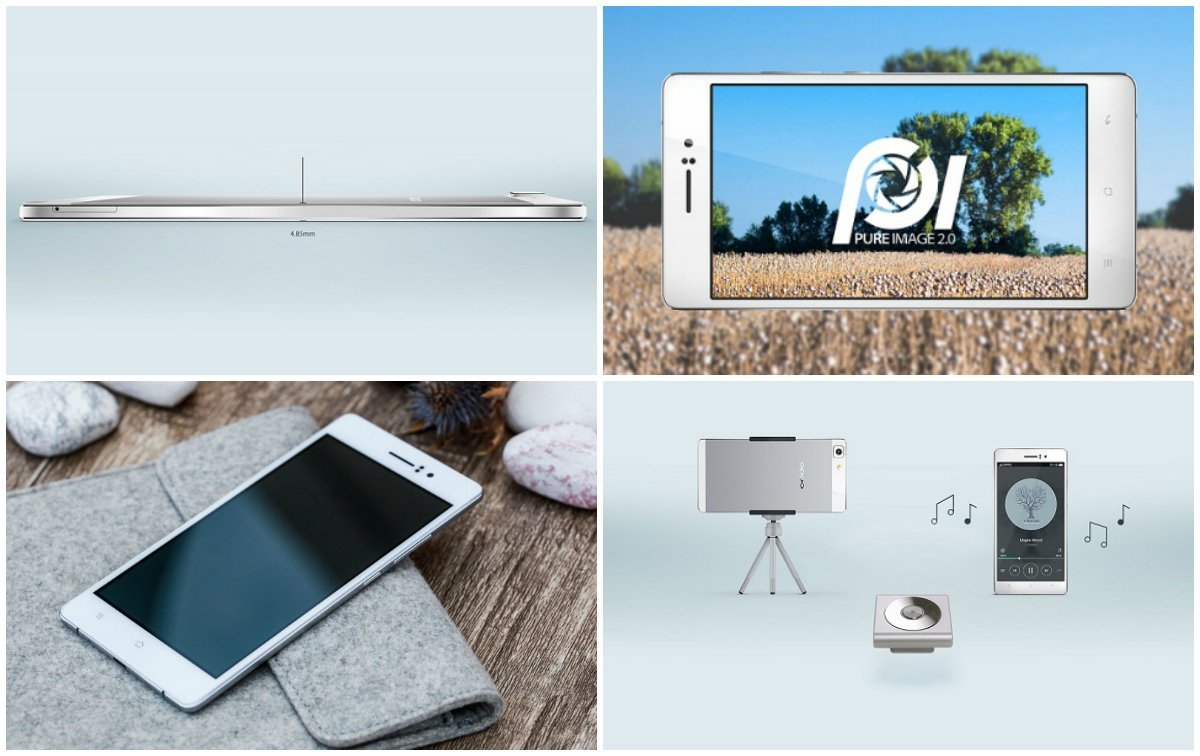 The phone is powered by a 2,000mAh Li-Polymer battery, which will be easy to charge thanks to the VOOC mini rapid charge tech. The back of the phone sports a 13-megapixel Sony IMX214 rear camera, which can shoot 2160p@30fps and 1080p@60fps videos, as well as slow-motion ones. In the front there’s a 5-megapixel shooter for all of you selfie lovers. Connectivity options include Wi-Fi a/b/g/n, Bluetooth 4.0, 2G GPRS, and TDD/FDD LTE. The phone doesn’t have a 3.5mm audio jack, but it will arrive with the O-Music Bluetooth controller (for photos and music) with a 3.5mm jack, so you’ll be able to plug it into your headset.

What are your first thoughts on the Oppo R5?